Orienting hollywood: A Century of Film Culture Between Los Angeles and Bombay 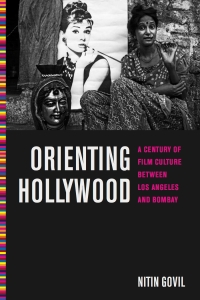 With American cinema facing intense technological and financial challenges both at home and abroad, and with Indian media looking to globalize, there have been numerous high-profile institutional connections between Hollywood and Bombay cinema in the past few years. Many accounts have proclaimed India’s transformation in a relatively short period from a Hollywood outpost to a frontier of opportunity.

Orienting Hollywood moves beyond the conventional popular wisdom that Hollywood and Bombay cinema have only recently become intertwined because of economic priorities, instead uncovering a longer history of exchange. Through archival research, interviews, industry sources, policy documents, and cultural criticism, Nitin Govil not only documents encounters between Hollywood and India but also shows how connections were imagined over a century of screen exchange. Employing a comparative framework, Govil details the history of influence, traces the nature of interoperability, and textures the contact between Hollywood and Bombay cinema by exploring both the reality and imagination of encounter. 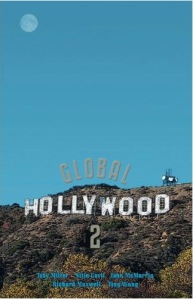 This new edition brings the arguments of Global Hollywood completely up-to-date by taking into consideration important developments such as 9/11, shifts in the exchange rate, transformations in U.S. foreign policy, and significant developments in trade agreements, consumer technology, and ownership regimes. Each chapter has been substantially revised, and major new sections on India and China have been added.

Why is Hollywood so successful? Overwhelming almost every other national cinema in its own back yard and virtually extinguishing foreign cinema in the multicultural United States, Hollywood seems everywhere all powerful. This book addresses the vacuum left by textual analysis in examining this success. Turning to political economy, cultural studies, and cultural policy analysis to highlight the material factors underlining this apparent artistic success, Global Hollywood considers such factors as the numerous hidden subsidies to the U.S. film industry and copyright limitations, which prevent the free flow of information. Most of all by relocating cultural production and through its relationship to world markets more generally, contemporary Hollywood has transformed itself to attain ever greater global clout and reach.

The authors also address the key areas of copyright, marketing, distribution, and exhibition that are cornerstones of the global industry apparatus. Challenging the simplicities of the cultural imperialist model and Hollywood’s free market rhetoric, this book is the first academic study to retheorize the continued and expanding success of the Hollywood cinema factory.

Global Hollywood 2 has been translated into:

Global Hollywood has been translated into: